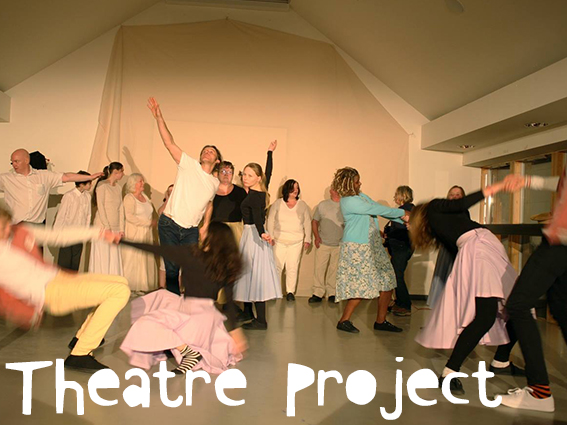 Background and Development of the project

North Edinburgh Arts Theatre project is an established and well-recognised Theatre project for adults, and has a track record for exciting and innovative productions and events.  The project was developed in 2011 after research into the requirements of local people. The main finding of this research was that people wanted to make theatre again, after a history of using theatre and other art forms to create work which highlights their community and its needs and aspirations. The project supports the participants’ aspirations and hard work for well-being and full creative lives, making strong contributions to their own communities as well as participating in the North Edinburgh Arts Theatre project.

In November 2011 North Edinburgh Arts Theatre project developed Yes We CanCan – a Cabaret of Resistance, which was the cementing of the project. Since then, the project has participated in a number of performances including Theatre Uncut in 2012 & 2013 and it regularly offers Sharing-of-Work and Work-in-Progress events. The 1d Tenement Opera in January 2015 through the support of the People’s Health Trust was an exciting and important development for North Edinburgh, and since then, the film Remembering Today, which was made in October 2015, has been acclaimed and celebrated.

We will post updates of the theatre project on our Facebook page or you can ask at NEA reception what they have coming up.

If you are interested in the Theatre project please contact admin@northedinburgharts.co.uk or call 0131 315 2151, or come along on a Friday evening.

Although our blue building is closed to the public for development work, our NEA Community Garden is still being used. Big thanks go to our lovely volunteers who help us with much-needed gardening work. Also, we want to give a shout-out to Roberston construction company for getting our compost on-site last week!
What are your plans for the weekend? We'll be at @northedinfest offering a range of activities, sharings and tasters for all ages. Take a look at the pictures below to see what NEA activities you can get involved with on the day. We hope to see you there!
We're delighted to be joining other local organisations and groups at the @northedinfest on Saturday 7 May. We'll be bringing tasters of our regular programme for everyone to enjoy. Local writers from our creative writing project will be sharing their work. Art for Grown Ups will be creating a big community artwork and is inviting everyone to join in. We'll be bringing creative sessions for children and young people, and there will be a chance to try our Chair Yoga & Relaxation among many other activities. We can't wait!
Try something new this Easter! Our #CommunityShed is starting new fortnightly Saturday drop-in sessions so if you’ve ever wanted to come along to our shed sessions during the week but couldn’t make it, you can now join us every second Saturday between 9am - 12pm. The first session is on tomorrow Saturday 16 April, and the following will be on 30 April. Come and learn new woodworking skills, make and mend using recycled wood and meet new people. NEA Community Shed is a safe, welcoming space where residents of North Edinburgh can try woodworking and realise their creative ambitions. No previous experience required. For more information, visit link in bio or email shed@northedinburgharts.co.uk
Have you spotted our huge community artwork beside Ferry Road in North Edinburgh? Created by @natalietaylorartist and community volunteers, the SCRAN FIR BEES public installation not only offers nectar-rich flowers for our struggling pollinators but also delivers a serious message and raises awareness of the importance of pollinators and wildflowers.
Hope everyone's enjoying their Easter break! 🐤 🌼 🐰